A 21st Century Education: What Do Students Need Know?

By Richard Ekman, President of the Council of Independent Colleges

Editor’s Note: These remarks were prepared for the Carnegie Corporation/TIME Summit on Higher Education, September 20, 2013 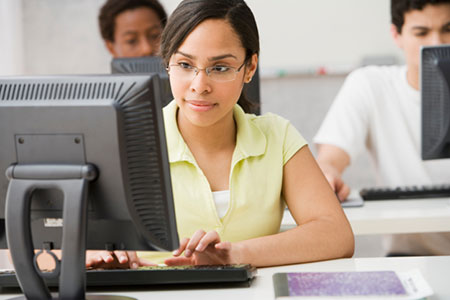 Our panel’s topic today is what an educated person of the 21st century ought to know and what that means for the ways in which U.S. research universities—which educate a very large percentage of all American undergraduates—ought to do to strengthen their teaching effectiveness.

I want to make six observations.

Other students will begin at one four-year college then transfer to another. The large amount of mobility among students creates difficulties in record- keeping so the patterns of success and failure for students who transfer among institutions are often difficult to discern.

The biggest complication for improvement of teaching and leading posed by the porousness of the American system is the challenge of preserving coherence in general education for the 21st century when students move among institutions to the extent they do. Take California as an example. The stringent public university budgets in recent years have forced many exceptionally bright students to complete their first two years of college at a community college. If they excel there, they may be admitted to leading campuses of the University of California, such as Berkeley or UCLA. There is no doubt that a transfer student to Berkeley will enjoy a first-rate education in his major field, but the extraordinarily rich Berkeley experience of general education is likely to be minimal because most of the student’s general education requirements will have been satisfied at the community college.

In practice, it is graduate teaching assistants at research universities who often serve to bridge the gap between undergraduates and more remote senior faculty members.

My second observation is that any discussion of what a well-educated person in the 21st century ought to know runs the risk of slipping into a replay of the “culture wars,” with every person in the room having his or her favorite new subject to add to the ideal curriculum. (My own contribution to the endless discussion, by the way, would be that there ought to be a required course on bureaucracy since bureaucratic institutions are so much a fact of modern life and our students need to learn more sophisticated ways of coping with the large institutions that shape almost everything they do.)

Getting mired in a discussion of which courses are most important to require is a thankless task. We can stipulate that any good college education should include both rigorous depth of study in one field, whether it is a discipline of the arts and sciences or a professional major, and a demanding general education program that explores many modes of thought, perspectives, bodies of knowledge, texts, and methodologies.

At the heart of any discussion of the content of undergraduate education in a research university is the problem of achieving an appropriate balance between the faculty’s teaching and research responsibilities. Sometimes, courses are not offered in timely sequences when students need them because faculty members are on research-related travel. A student’s sequence of study, especially in the sciences, if interrupted by a faculty member’s sabbatical, may force a lengthening of the college experience beyond four years. Fortunately, today’s large-scale digital scholarly resources not only make possible advanced research without the necessity of long absences from campus but can simultaneously serve the purposes of advanced research and of teaching at multiple levels of specialization. Just as a faculty member at a college in a remote location can now have effective online access to major research collections, so can a faculty member anywhere use the same online resource to select what will be suitable for a course at a particular level.

My third observation is that a good 21st century education ought to take into account both what happens in the formal curriculum and what happens in the rest of the student’s experience. Small colleges are particularly good at linking the curriculum with the co- curricular experience, purposeful about the organized extracurricular life of students, and, to some degree, even try to shape the informal interactions among students and between students and faculty members. It is much more difficult for large universities to influence these interactions. Technology- based courses, if they follow Candace Thille’s exemplary, highly interactive statistics course at Carnegie Mellon

University, can help to individualize instruction. But less imaginative, passive online presentations are no better than giant lectures at encouraging active learning nor do these technologies have much positive impact on the co- curricular dimensions of education.

In practice, it is graduate teaching assistants at research universities who often serve to bridge the gap between undergraduates and more remote senior faculty members. Some teaching assistants are talented teachers, mentors, and advisors, while others are so focused on their own doctoral studies that they neglect even the formal responsibilities they have as teachers or advisors. Full- time, tenure-track faculty members are not always better teachers than graduate students, nor is the opposite true. The lesson for research universities is to be more deliberate in encouraging everyone who teaches or advises undergraduates to be more perceptive about the totality of the student’s experience and not just what goes on inside the classroom for which he or she is responsible. The sprinkling of honors colleges among research universities offers a pedagogical improvement for a small number of students, but also raises a question of equity for state officials about the use of public funds.

Fourth, there is very good evidence—especially from Richard Light’s studies and from George Kuh’s National Survey of Student Engagement—that “active” learning translates into more learning and improved persistence toward timely degree completion. A large lecture course is not a bad way to teach, but it should be used sparingly, in combination with the more effective discussion sections, seminars, and tutorials. Kuh and Light also have found, in their separate studies, that active pedagogies, such as requiring many written papers, expecting students to take advantage of a faculty member’s office hours, and arranging internships or other experiential forms of education are all correlated with better grades and improved progress toward degree completion.

The major case made for MOOCs at research universities—that they relieve the lecturer in a room of 500 students from lecturing so that he or she can work closely with students less formally— does not reflect the reality of most colleges and universities.

The growing pedagogical movement of encouraging undergraduates to undertake research projects in co-operation with faculty members has been especially helpful. Surprisingly, small colleges have exploited the undergraduate research movement most frequently, even though it is a practice that could easily be adopted by all colleges and universities. Because undergraduate research has proven to be particularly effective in preparing career scientists, it ought to be a pedagogy in wider use at research universities, but isn’t. One result is that smaller colleges now prepare a proportionally larger share of America’s career scientists than most large universities do.

My fifth observation is that to improve undergraduate education in re- search universities, we will need to focus more deliberately on the role of graduate students. Thanks to a 30-year Ph.D. glut in many fields, new Ph.D.s from leading universities increasingly will make up the faculties of non-elite colleges and universities—that is, they will if an enterprising president or dean takes advantage of the market. Almost all new Ph.D.s aspire to careers in which teaching will be a major component. Research universities need to be more tenacious in helping graduate students learn to be effective teachers. This is not rocket science. Encouragement to graduate students to participate in activities organized by a center for teaching and learning, to read in the literature of cognitive science and about learning styles, or to seek help in preparing a syllabus or an exam gives signals that teaching is important. It sends a message that the graduate student who spends time helping undergraduates is not doing something inappropriate, detracting from the only important task, which is writing a dissertation. I would argue also that research universities ought to organize continuing interactions at the department level with former students, now faculty members elsewhere, to sustain an ongoing community of scholars in their professional development. 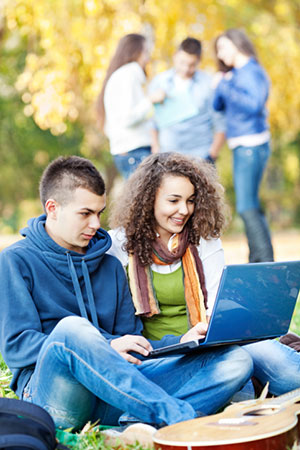 There is one new dimension in preparing graduate students to be the next generation of teachers with which no university has yet to come to grips— namely, MOOCs. The major case made for MOOCs at research universities— that they relieve the lecturer in a room of 500 students from lecturing so that he or she can work closely with students less formally—does not reflect the reality of most colleges and universities. If a course can be transferred to a less labor-intensive technology-based format, most universities will find it difficult to resist the temptation to eliminate the expense of that member of the faculty. Carried to extremes, a large number of faculty positions could be eliminated. That’s not only a bad thing in its own right, but would have a chilling effect on the brightest graduate and undergraduate students, some of whom choose now to enter Ph.D. pro- grams in all fields of knowledge and aspire to become members of the next generation of scholars. If the number of traditional, full-time teaching positions at colleges and universities continues to contract—and MOOCs could cause them to contract more rapidly—the incentive will be reduced significantly for bright undergraduates to start on career ladders that will hardly exist in the future. We likely will be drawn into a situation that looks very much like today’s world of K-12 education. K-12 teachers currently do not, unfortunately, come from the top ranks of academic performance among undergraduates. They enter a profession in which they have little intellectual control over what goes on in the classroom because there is a centralized curriculum. We should not want that future for America’s research universities.

And sixth, despite the precariousness of most university presidencies in this era of overzealous trustees, a lot still can be achieved by bold executive action. If a research university wants to be viewed as a national resource, not merely a statewide agency, it needs to be clearer about the specific national interests it serves. Here’s a cautionary tale. Five universities pooled resources about a decade ago to teach Southeast Asian languages because an adequate number of interested students could not be enrolled on any one campus. That’s the good news. But during a recent budget crunch, the universities took the position that if the federal government relies on these universities for the supply of experts in these languages and cultures, the federal government must pay for the language program, and if the government didn’t pay, the universities would close the program. Doesn’t a university that has pegged its national distinction in part on its expertise in this field have an obligation to treat the field as a high priority for the use of its own money? An effective president should be expected to lead the effort to clarify the institution’s mission and its relation to national priorities.

These modest suggestions are incremental and feasible. They respect both existing strengths of the American research universities, which are substantial, and acknowledge the realities of fostering change in large, decentralized institutions. But tenacity will be necessary in any process of evolutionary change toward improved teaching in research universities. Without tenacity, the calls for disruptive change will grow much louder.