We need to invest in these institutions to fuel future progress

By Phyllis Wise, Chancellor of the University of Illinois at Urbana-Champaign

Editor’s Note: A version of this article originally appeared in TIME, October 7, 2013 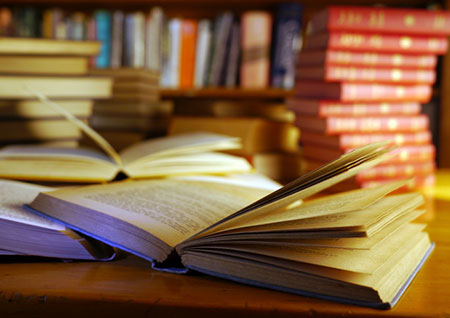 If you use a GPS device, a mouse, or a microwave oven, take antibiotics, have an eye implant, or are reading this on a tablet, you can thank America’s research universities.

These institutions, which have become a national network for innovation, are the envy of the world and are responsible for many of the products, services, and industries that have changed the way we live and yet we often take for granted.

The impact of our universities also is evident in how we address national priorities from security and defense, to public health and economic prosperity at home and competitiveness abroad.

Research universities—with their multifaceted mission of research, teaching, and service—are the key to educational access for millions and constitute the first link in a chain of basic knowledge leading to applications that have revolutionized modern life. They also underlie the economic and social growth that has seen our nation climb from a colony in rebellion to a global leader.

The future of this engine for innovation is uncertain—as the nation’s long commitment to investment in scientific research and development has begun to erode under the pressure to provide short-term budgetary relief.

Funding for our public universities, which educate 70 percent of all undergraduates, has declined to the point where the cost of a college education rests increasingly on the backs of our students.

The concept of the research university in America emerged in the 19th century, but it was the Morrill Act of 1862 that established the nation’s land-grant colleges and the first— uniquely American—public research universities. Not only did this landmark legislation serve to democratize educational opportunities and create new expectations of public access, it also charged these public universities with the responsibility of actively putting knowledge into practice. One hundred and fifty years later, these universities are home to the basic scientific research that is a foundation for both breakthroughs in technology and for economic development. Together with private universities, public research universities generate the vast majority of the nation’s study of the pure basic science that is vital to our knowledge base.

The main source for investment in this endeavor is the federal government. In 2009, academic institutions accounted for more than half of the nation’s basic research. And of the $32.6 billion in academic research and development funding from the government that year, about 60 percent was invested in public research universities.

I’ll use my university as an example of the economic impact of public research institutions: A 2009 study of the University of Illinois and its medical enterprise showed a $13.1 billion impact on our state economy, including the creation of more than 150,000 jobs. Innovative research at the University of Illinois alone has led to 34 start-up companies and nearly 300 new patents over the last five years. This is a return from one university.

The numbers are compelling, but they don’t tell the full story of how university-based research touches lives. Consider just a few of the products resulting from basic research by universities and colleges funded by the National Science Foundation: bar-code scanners, computer-assisted design, improved biofuels, fish farming, tissue transplants, forensic DNA analysis, revolutionary weather-sensing networks, and, from the University of Illinois, nuclear magnetic resonance imaging and the first graphical Internet browser.

The work of research universities is the bedrock of our nation’s scientific, technological, and economic growth and of much of our commercial R&D. When industries have been unwilling to invest in the early stages of research where risks are high and returns are unknown, universities step in. And when their gambles are rewarded, the outcomes are added to the public domain where industries and corporations and private individuals build on them. Lasers, MRI technology, restriction enzymes, and many computer technologies are all discoveries that have been used in ways that would astound those who discovered them. This is what some call the Innovation Ecosystem, which is essential to America’s global economic and innovation status and rests on the nation’s collective investment in research universities.

Yet funding for our public universities, which educate 70 percent of all undergraduates, has declined to the point where the cost of a college education rests increasingly on the backs of our students.

The Budget Control Act of 2011 mandates reductions in federal spending of about $1 trillion over the next nine years. This is a short-term budget fix with a devastatingly high cost to the long-term productivity of our economy and the vitality of our society. The result in 2013 alone: a $12.5-billion reduction in federally financed research and, according to the Information Technology & Innovation Foundation, the loss to the economy of an estimated 200,000 jobs.

America’s global standing is enviable, but in danger of eroding. We simply can’t afford to curb key research efforts and undermine university-powered economic activity. It is ironic and alarming that other nations are fast emulating the federal-government/ research-university partnership that has made the United States the world’s technological and scientific giant even as the danger of that model’s systematic dismantling here at home becomes increasingly apparent.

Our strategic federal investment in our universities has provided immense dividends to the nation and to the world for generations now. It is a commitment we cannot abandon.